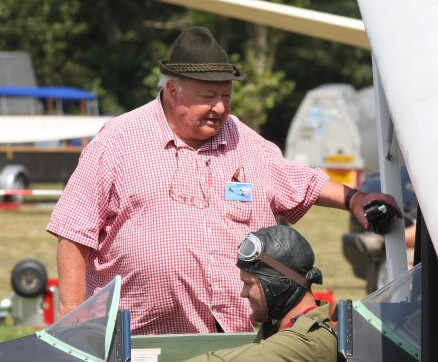 The Vintage Glider Club (VGC) was founded in 1973 by vintage glider enthusiasts under the vision of Chris Wills (27 August 1931 – 4 May 2011).  The club’s objective was and still is to maintain and preserve the rich gliding history of yesteryear and to ensure that the machines which charted the path of gliding history will still be here for the next generation to experience and enjoy.

At the time the VGC was founded there was little interest in vintage gliders, so much so that not even museums paid much attention to their plight.  Thus the key concept of the VGC was born; that the preservation of our gliding history would best succeed in the hands of the enthusiast, thus ensuring that these unique machines remain where they belong – in the air.  Consequently the VGC was formed in 1973 at a rally for vintage gliders at the Coventry Gliding Club in England.  A total of 23 vintage gliders attended from the UK, Switzerland and Germany.  This encouraging start has since seen the VGC develop significantly over the year and is testimony to the passion and the determination of the everyday enthusiast all over the world.

Since that informal get-together in 1973.  The VGC has grown into an international club with more than 900 members worldwide.  Among them are enthusiasts not just from all parts of Europe, but also from the United States, Australia, New Zealand, Korea, Japan and Russia.

Members of the VGC stay in touch via our regular magazine “VGC News”, which is cram-packed with exciting features and articles, the club website and the open facebook group “Vintage Glider Club”.

The most enjoyable way however is through the many Rallies that take place during the year.  The highlight is our International Vintage Glider Rally – a large get-together of members and over 100 gliders.  The venue of this exciting Rally changes from year to year and is hosted by a different European Gliding Club.  Non-VGC Members can experience the VGC at our Rendezvous Rally.  This smaller event takes place immediately before the International Rally and acts as a stopover for many members on their journey to the main rally.

It is down to the vision and passion of the VGC that large numbers of original gliders, that would have otherwise been forgotten, have been saved and continue to soar the skies to this day.  Not only that, with the aid of original drawings, a number of extinct vintage gliders have been brought back to life!

Here at the VGC we don’t just remember vintage gliders, we are dedicated to continuing our cause and we have welcomed younger “classic” gliders into our fold.  Many of our members are aero-modellers who not only have links to full-scale gliders, but also have their own section in our magazine.  We also maintain a large archive as a means of preserving the history of the gliding movement.

Over the years the VGC has become a unique international community of pilots and enthusiasts, whose vintage and classic gliders are a wonderful sight both on the ground and in the air.  Our members exchange ideas, enjoy flying and last, but by no means least, pass on a living gliding heritage to tomorrows future generation of pilots.

You don’t need to own a vintage glider to become a member. 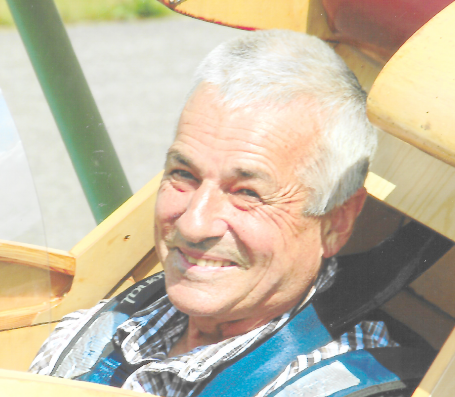 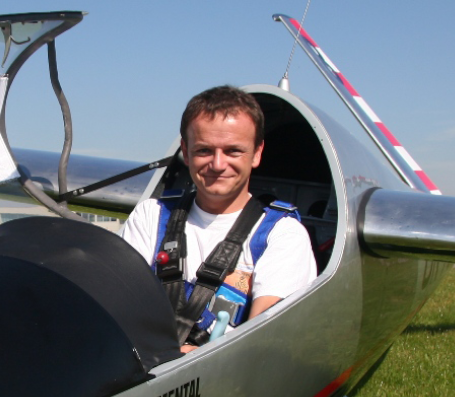 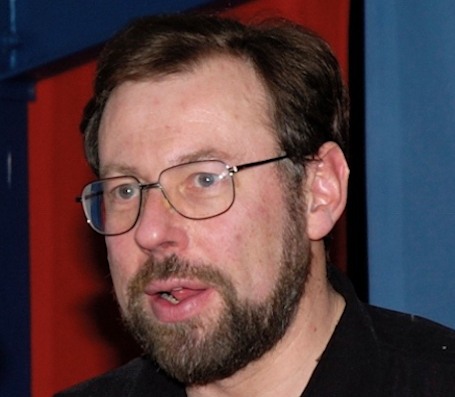 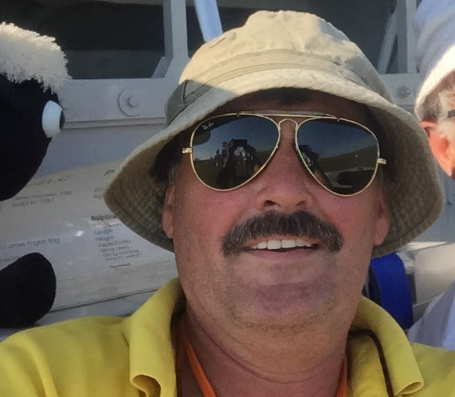 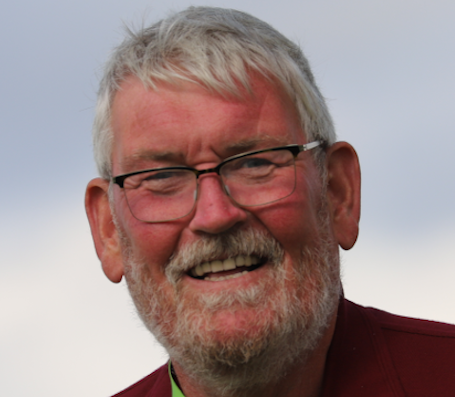 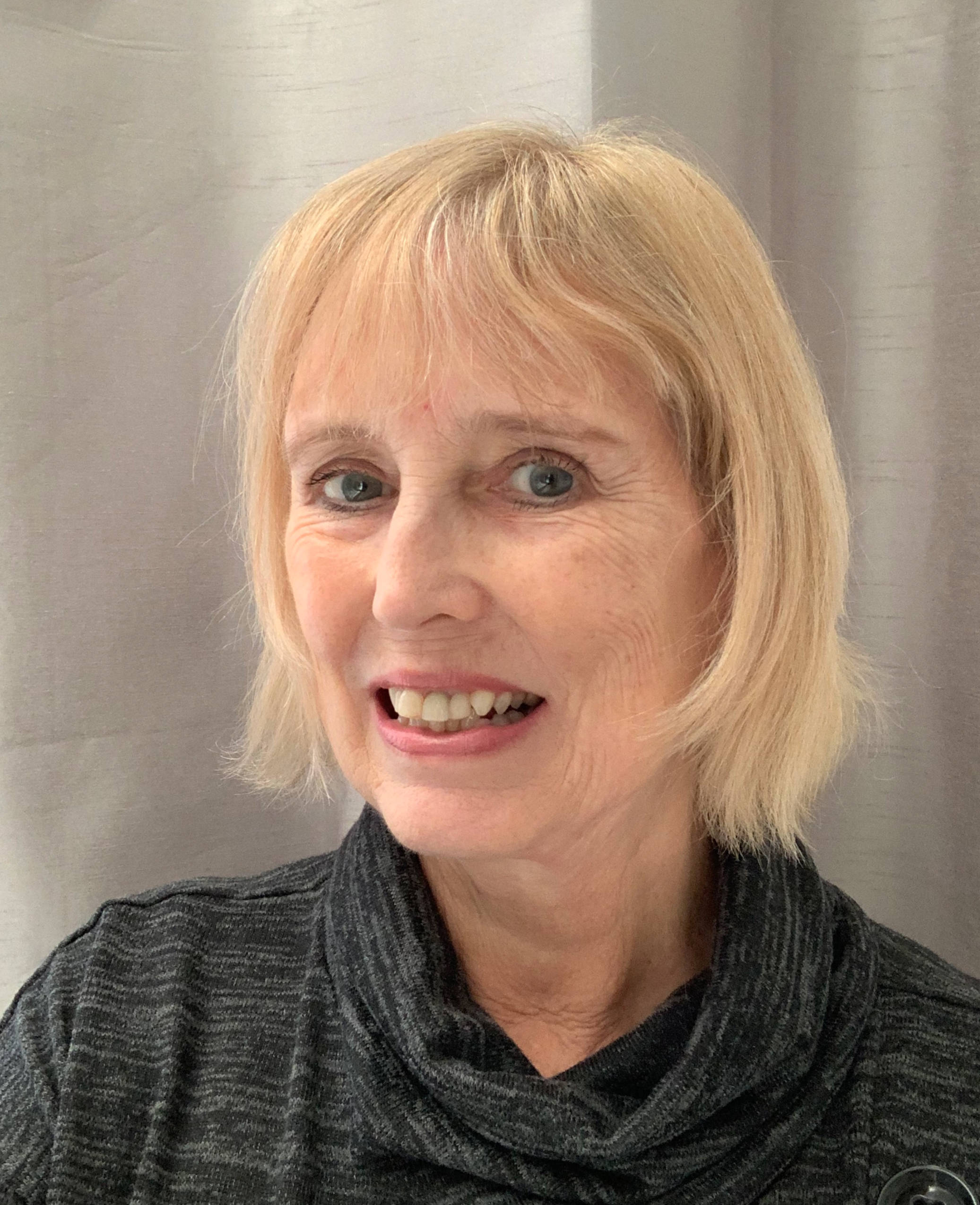 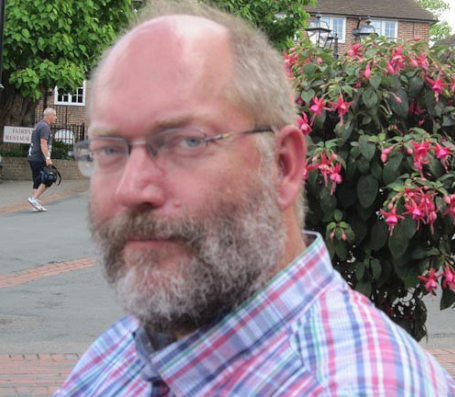 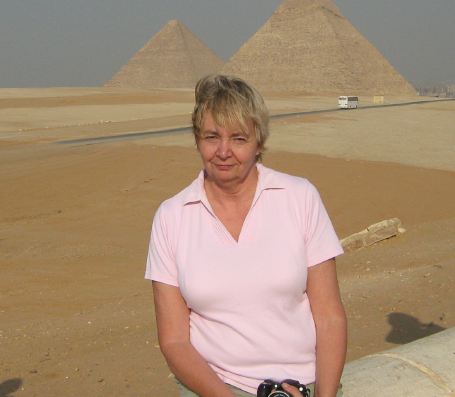 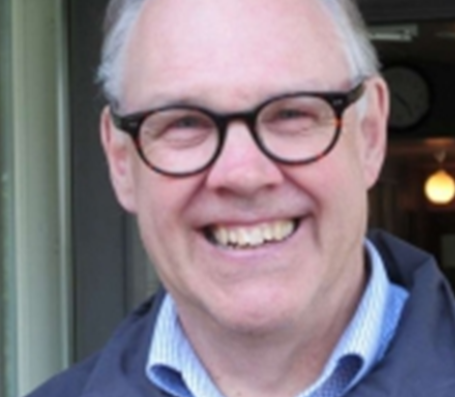 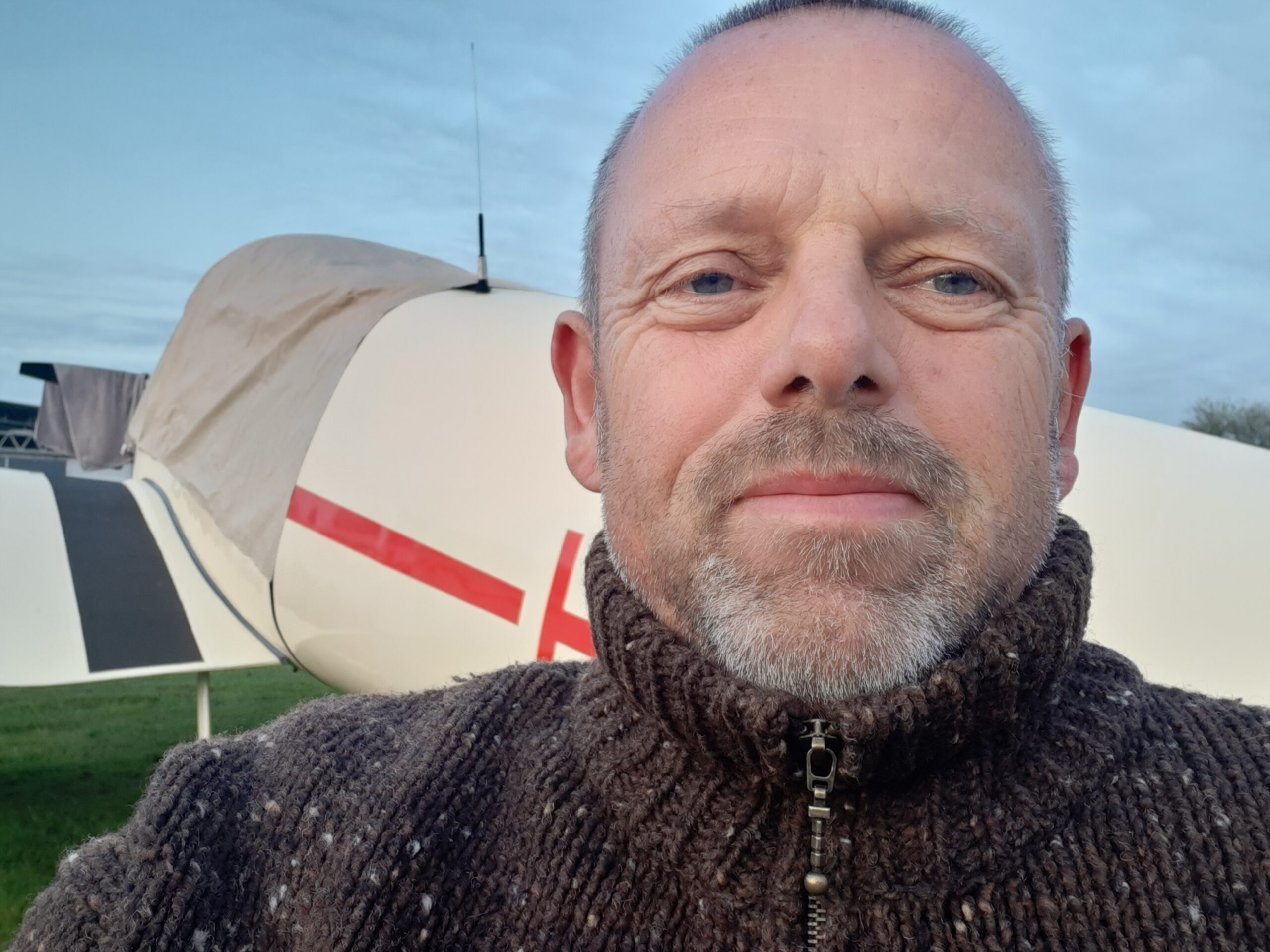 The board is assisted by

We have put together a .pdf file containing our rules.
Please click download rules to take a look. 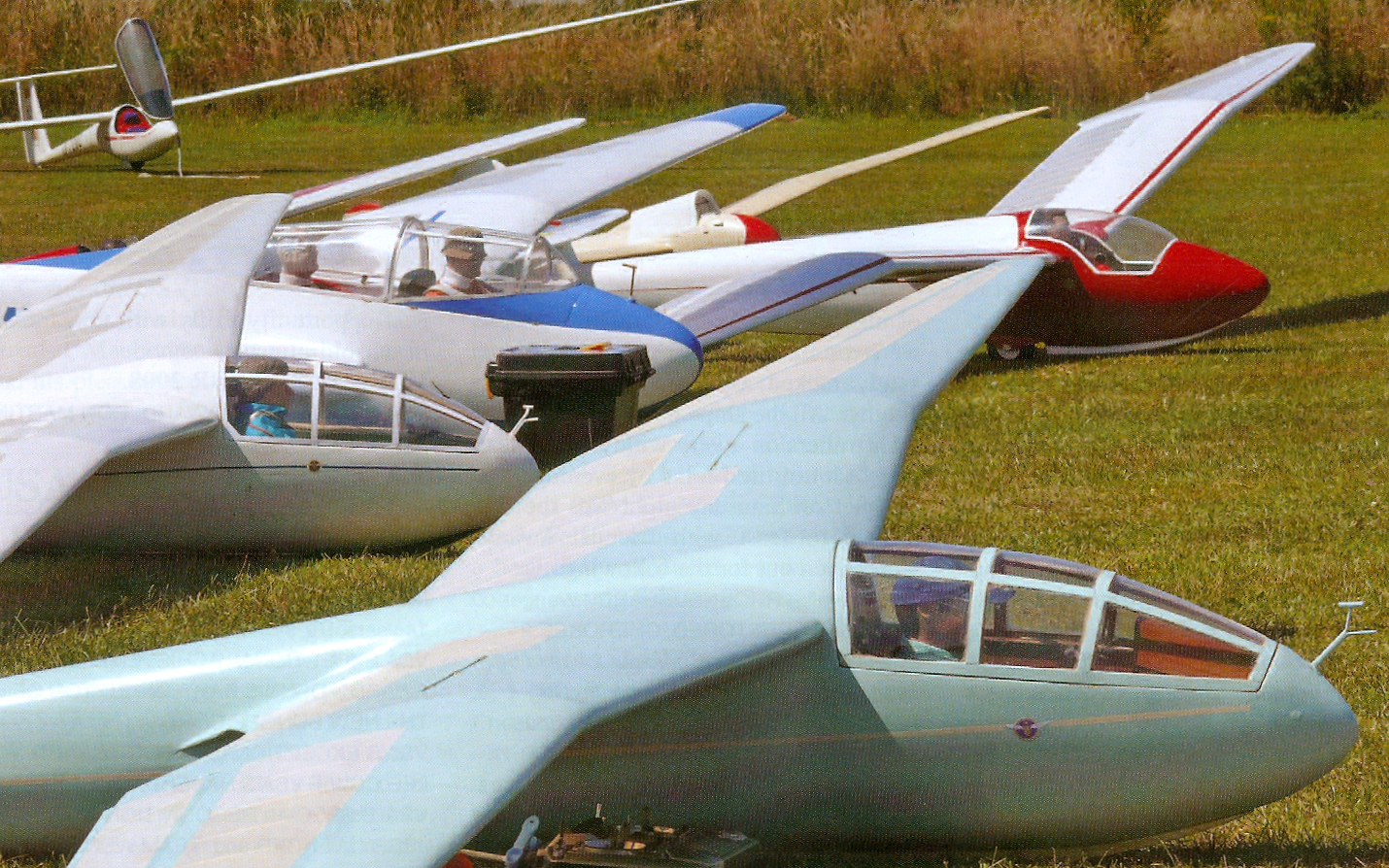 Membership of the VGC is not just for the full size pilot. Modellers are, and have been welcome for many years. In many cases scale models are the only way that we can enjoy seeing some vintage aircraft fly as the real thing no longer exist or is not airworthy.

Membership of the VGC is a valuable source of information for the scale modeller. The VGC News publishes regular articles and 3-view drawings, and the VGC Rallies held internationally give the opportunity to see and photograph vintage gliders.

To find out what events are on click here.

Each year the VGC awards members for achievements in restoration, flying and service to the Club. The awards are presented at the Annual Dinner. The VGC Executive Committee consider nominations throughout the year. We are now offering members the chance to nominate fellow members for trophies on-line for the consideration of the committee.

If you wish to nominate a VGC member for an award, please send an email to nominations@vintagegliderclub.org.

This award has been set up to recognise the best restoration of a Vintage or Classic Glider attending the International Rally by a VGC member.

This is awarded solely on judging by the panel at the International Rally itself.

This is awarded solely on judging by the panel at the International Rally itself.

Founded by David Shrimpton and awarded for meritorious services to the VGC.

Awarded for recognition of services to the VGC. The award is primarily set up to recognise individuals achievements throughout the International VGC Community either in the current year, or over a longer period, through their voluntary work, devotion, or in other ways; that have greatly benefited the VGC movement either Locally or Internationally.

The Rodi Morgan Plate was set up to acknowledge the most meritorious flight at the UK National Rally each year by a VGC Member.

The Frank Reeks Trophy was set up to recognise the best Grunau Baby attending any VGC Affiliated event Internationally by a VGC Member. The award is generally based on the best sympathetic restoration that represents the original design and its variants in both construction and presentation.

The Shaw Slingsby Trophy was set up to acknowledge the best flight by a VGC Member in a Slingsby Tutor or Cadet each year. The award is open to any flight/s by VGC Members Internationally.

The Phil Tiley Memorial Cup was set up to acknowledge the most outstanding event at the International Rally.

The Best Rally Model was set up to acknowledge the best model attending the VGC International Rally built by a VGC Member.

The Vintage Glider Club Commendations are set up to recognise meritorious achievements by members of the VGC and can include commendable flights, restoration work, or assistance to the Club by VGC member/s.